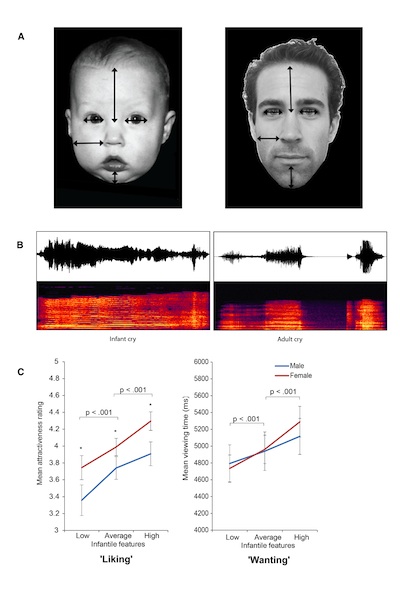 UNDERSTANDING THE HUMAN PARENTAL BRAIN: A CRITICAL ROLE OF THE ORBITOFRONTAL CORTEX

The bond between a parent and an infant often appears to form effortlessly and intuitively, and this relationship is fundamental to infant survival and development. Parenting is considered to depend on specific brain networks that are largely conserved across species and in place even before parenthood. Efforts to understand the neural basis of parenting in humans have focused on the overlapping networks implicated in reward and social cognition, within which the orbitofrontal cortex (OFC) is considered to be a crucial hub. This review examines emerging evidence that the OFC may be engaged in several phases of parent-infant interactions, from early, privileged orienting to infant cues, to ongoing monitoring of interactions and subsequent learning. Specifically, we review evidence suggesting that the OFC rapidly responds to a range of infant communicative cues, such as faces and voices, supporting their efficient processing. Crucially, this early orienting response may be fundamental in supporting adults to respond rapidly and appropriately to infant needs. We suggest a number of avenues for future research, including investigating neural activity in disrupted parenting, exploring multimodal cues, and consideration of neuroendocrine involvement in responsivity to infant cues. An increased understanding of the brain basis of caregiving will provide insight into our greatest challenge: parenting our young.

Linked to five-year research project (2014-2019) funded by the ERC: “The plasticity of parental caregiving: characterizing the brain mechanisms underlying normal and disrupted development of parenting”.